FRANCOIS VAN DAMME at the WALL 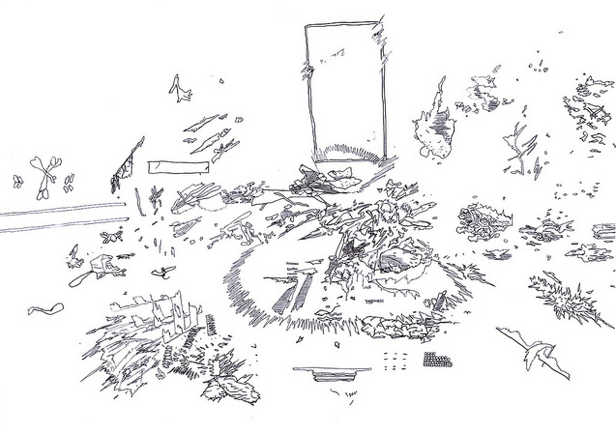 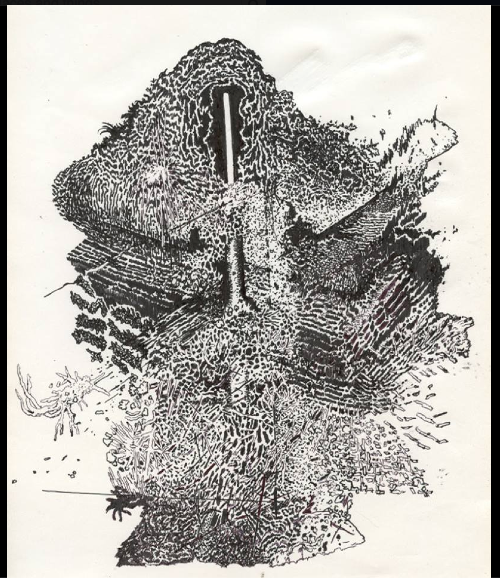 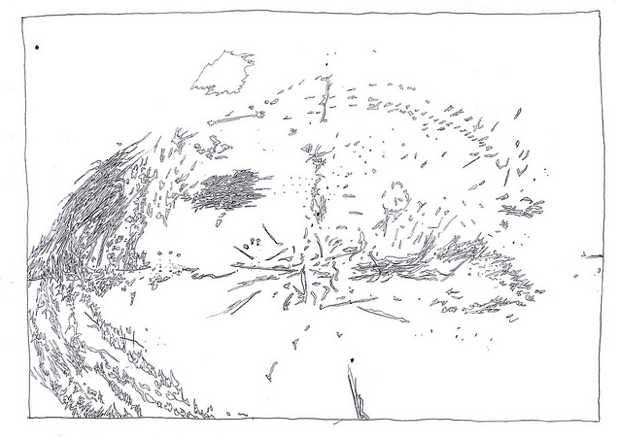 François Van Damme, 1979 born in Belgium, studied illustration in St Lucas Ghent/Be and a specialisation in Ecole supérieure des Arts Décoratifs in Strasbourg. He lives and works in Ghent Belgium.

With each new drawing Francois Van Damme envisions new sublime geometrical abstractions. He investigates the possibilities of complicated forms/shapes derived from age-old ratios. It's an attempt that can be both seen as mathematical and abstract. The artist seems more devoted to geometry and to shapes than to any political, cultural or aesthetic cause. His work could be seen in relation with many other geometry-inspired 20th century modernists like Piet Mondriaan, Josef Albers, Kandinsky and Paul Klee, in the way they experiment freely on the canvas.

His drawings are non representational. They don't stand for something else. However the process of their formation is entirely the result of a series of spatial descriptions. This process can be equated to a nonlinear sequence of computations with points, spots, planes and lines. Paul Klee declared that ' art does not reproduce the visible but makes visible'. For him the very nature of graphic art lures us to abstraction. The combination of graphic elements produces forms that express the schematic quality of the imaginary with great precision.
The more emphasis the artist puts on the basic formal elements, the less well suited it is to representation.

In Van Dammes’ drawings formation rather than the form becomes the primary aim of art. He passionately embraces the art making method of decomposition instead of what has been taught in art schools for centuries, which is ' to make an interesting composition'. The artist uses destabilizing forms and techniques to challenge these compositional norms and as a means for a different kind of encounter, dialogue or resistance to conventional aesthetic orderings.
Always starting from the white sheet of paper, the artist employs the basic elements/tools which are the point, the spot, the pattern or the stripe.

In order for these patterns to become geometry, repetition is needed. No drawings here looks remotely the same, but is always built up by the same working method. In the end the form is achieved by a continual action. The artist rejects any notion of predetermined structure and sees the process of formation rather than the form as the primary aim of art. Dynamic figuration based on a world of diversity, where things move freely for the sake of going, without aim or will, and without obedience. 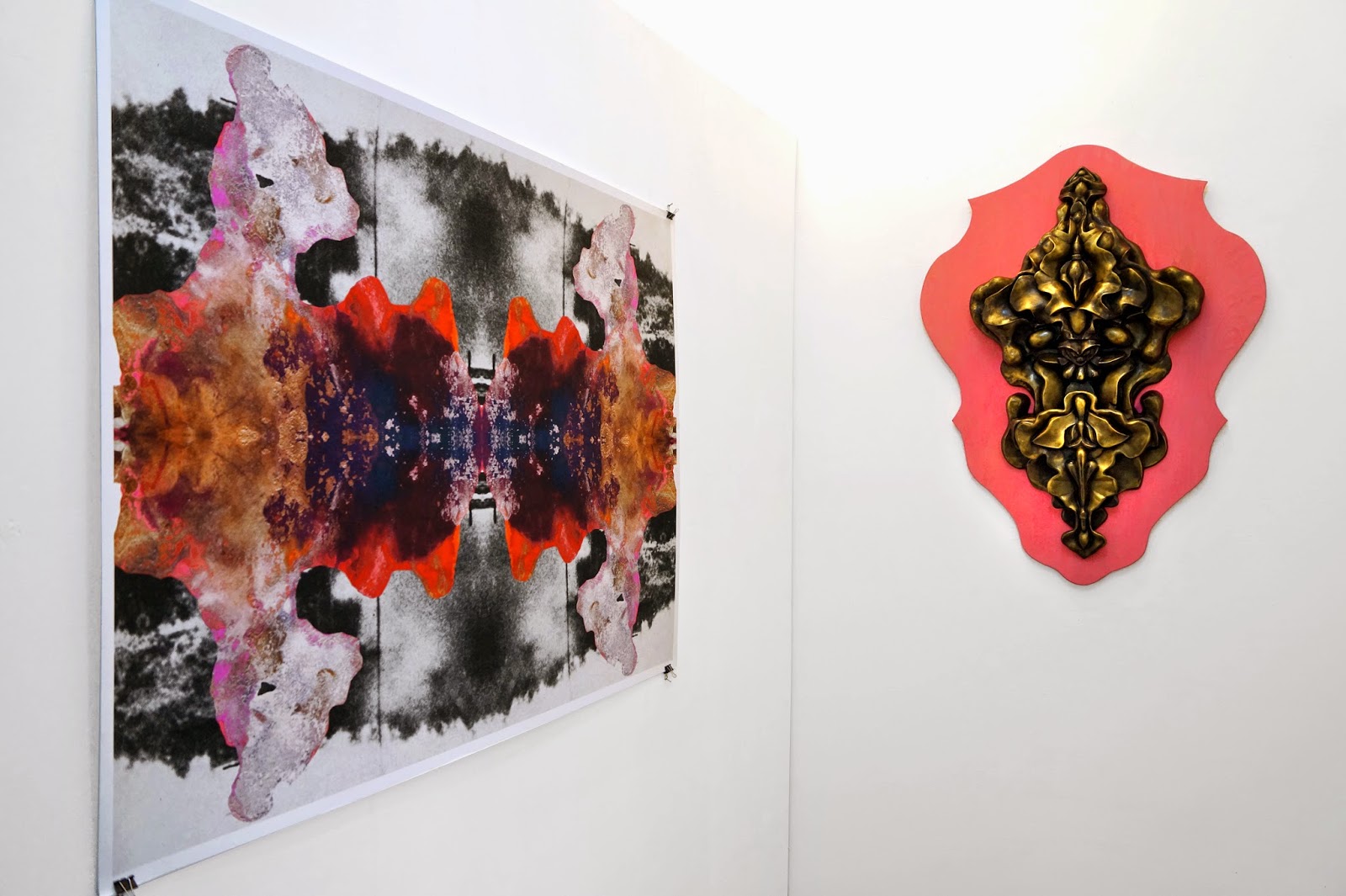 //Mønika Grabuschnigg, 1987 born in Austria / Vorarlberg, studied Visual Arts in Vienna, Jerusalem and Santiago de Chile. She lives and works in Berlin with on going working stays in Tel Aviv / Israel and works in the fields of painting, photography and sculpture.//

In the work series WARPORN, the abstraction of violence and the post-modern and asymmetric warfare and its representations are the main areas of research. Monika Grabuschniggs’ focus is on the artefacts of security-fetishism that surround us increasingly. Her work reflects an aesthetic fascination for objects that are made to overcome angst and foster (self)-control

In the Warporn series and the prints shown here, though seemingly mostly abstract, all the shapes, lines and marks represent something real. Shapes and colours are getting introduced and worked over, actions that keep being repeated.
Reminiscent of the iconic image of the atomic mushroom cloud but being worked over constantly like a sort of imitation of the process of remembering and forgetting, until the work becomes “ the whole story”

Grabuschnigg beliefs in the power of Objects, or more specific the power we give to objects in order for them to become valuable. She has a fascination for specific objects and moments made iconic by their part in a history (whether military, Utopian, counter-cultural, scientific, artistic or automotive) and translates those same objects and moments into exquisitely crafted works that play their own role in a private and tangled narrative.

Derived from the repeated patterns found in her WarPorn Series the sculpture combines thus a ornamental/decorative value with a connotation of violence and conflict.
Executed in a very polished, almost baroque manner and hung against the wall like a prized object.
The artist does not want to produce hermetically closed works, but instead evoke complex situations that can be read on different levels, the construction of a network of references to avoid any kind of limited definition. Every aspect of these works appeal to our imagination. Not as such in a narrative manner but in terms of movement, patterns, structure, rhytm and tactility. 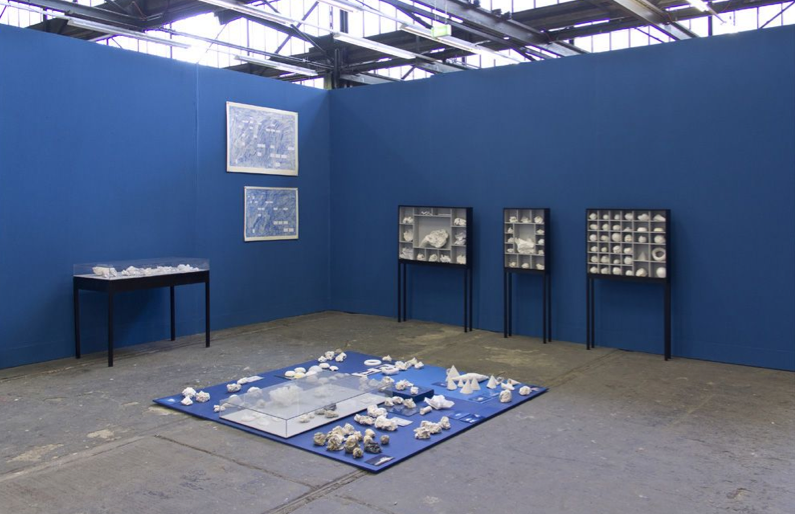 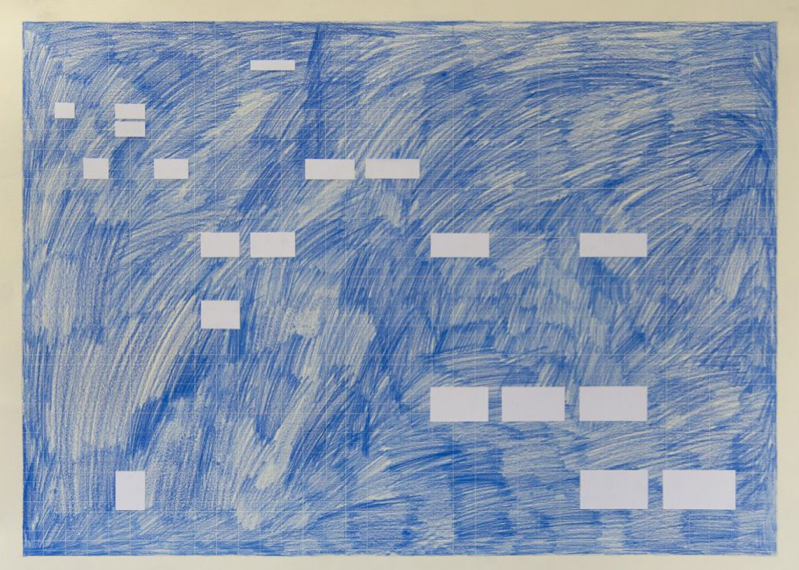 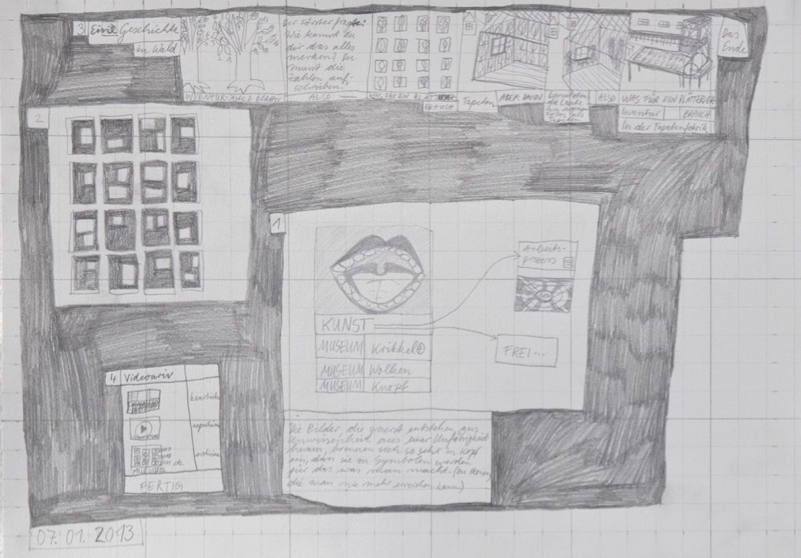 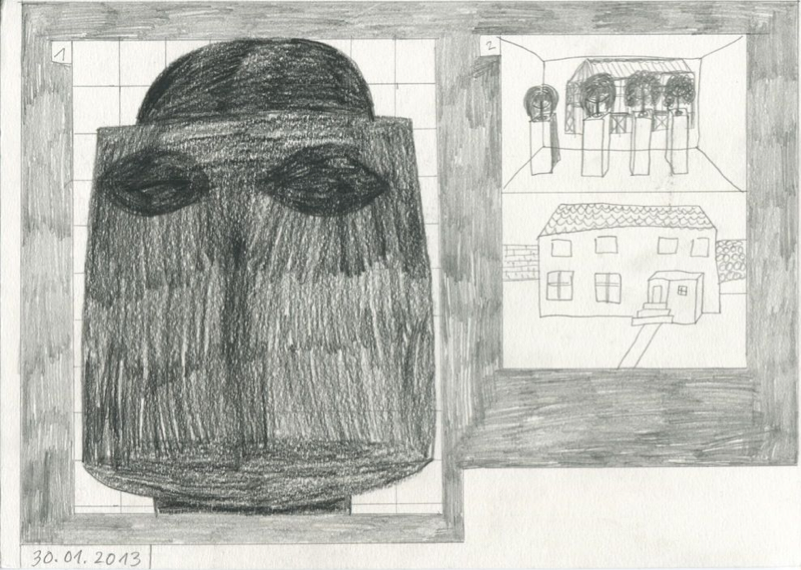 Museum Teil 2 (Wolken)
By producing clouds as objects and thus capturing their usually fluid form, I have the opportunity to observe their differences and to put them into an order. From my observations, I concluded that over the centuries clouds changed their forms. Around 2000 BC for example, they were very round and compact, whereas contemporary clouds have much more varied forms. Of course the Cloud Museum is an impossible proposition.

Gedankenkarten / Maps of Thoughts
Maps of Thoughts are drawings that depict a world of thought and abstract thought processes. They put different drawings/signs/words into an order. The maps are also archives that register the elusive, ephemeral and unseizable and render this intangible cosmos consistent, assessable and above all visible.
By drawing Maps of Thoughts I transfer data into a different form. Not only does this create an overview but also a new context for the initially neutral collection of information. The previously collected pieces of data or information only obtain their meaning in their composition and in their cataloguing. Since the Maps of Thoughts function rhizomatically, different opinions and approaches coexist. The maps are always a dialogue between interior and exterior, past experiences and visions of the future, the real and the imaginary. 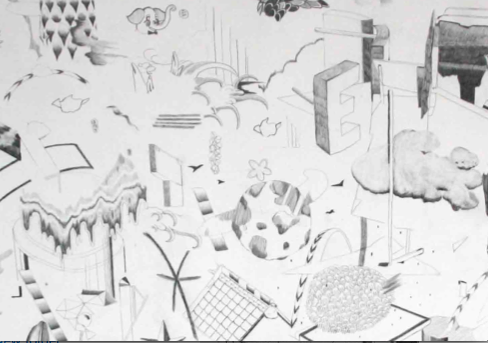 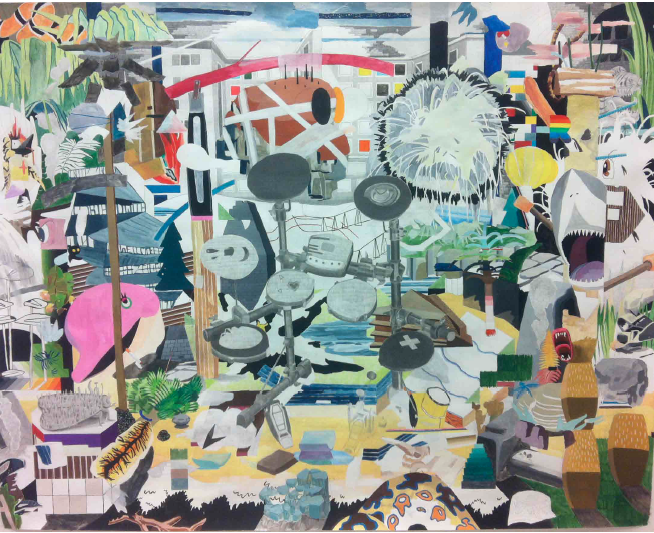 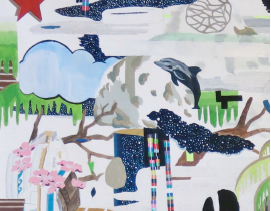 Samuel Trenqier °1983 is a French artist who graduated at the Ecole des Beaux Arts in Marseille and now works and lives in Brussels.
His large scale drawings has this particularity that they open up spaces and narrate stories that due to pure physical laws could never exist in reality.
He always attacks the blank sheet of paper with an adventurous approach; like a virgin territory that needs to be discovered and explored after marking it with checkpoints. These formal references are there to point out the symbolic road that is already discovered and the one that is still unexplored.
A universe that unfolds itself little by little, in absurd unstable ways.
In his drawings he tries to offer a space, in a dynamic mise-en-scene, that opens towards a lively and animated interior. A “walking space” that maybe doesn’t mobilise the human body but for sure stimulates our visual perception and mobility. This visual safari operates with an enormous variety and generosity that touches as well physical as suggested elements, a real world and an imagined. 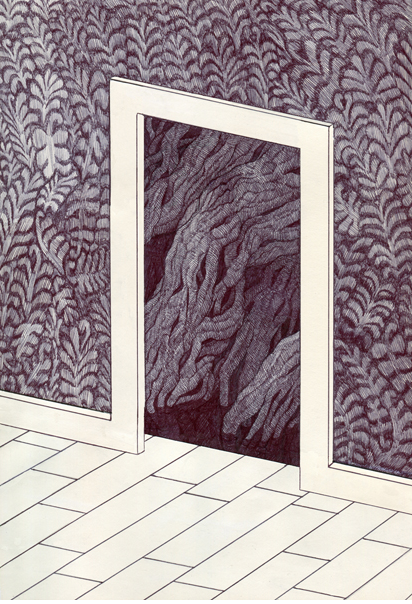 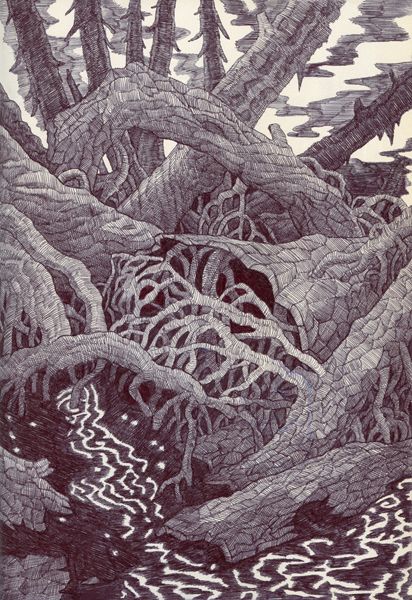 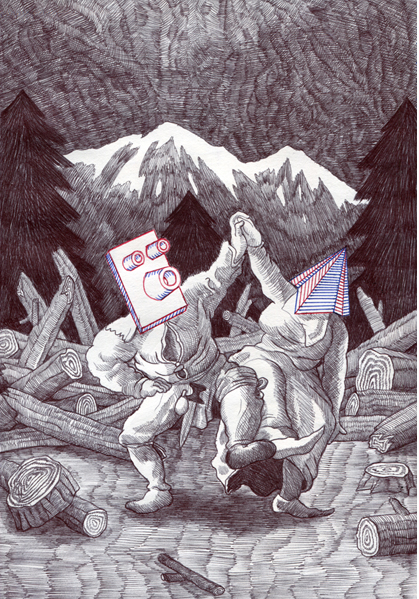 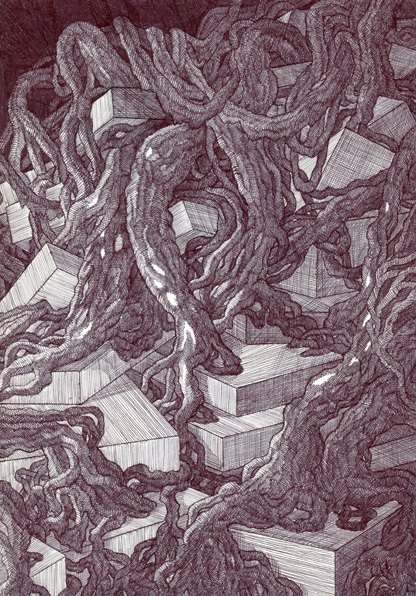 Kevin Lucbert is a French artist born in 1985. Awarded a diploma in 2008 of the National School of Decorative Arts of Paris, he lives and works between Berlin and Paris today. Member of the artistcollective Crusaders Drawings, together with Edouard Baribeaud , he participates regularly in performances, exhibitions and leads workshops of drawing. Baribeaud and Lucbert are unified by their meticulous detailing and linework and use Crusaders as a platform to play off one another while each maintaining an epic illustrative style all their own. 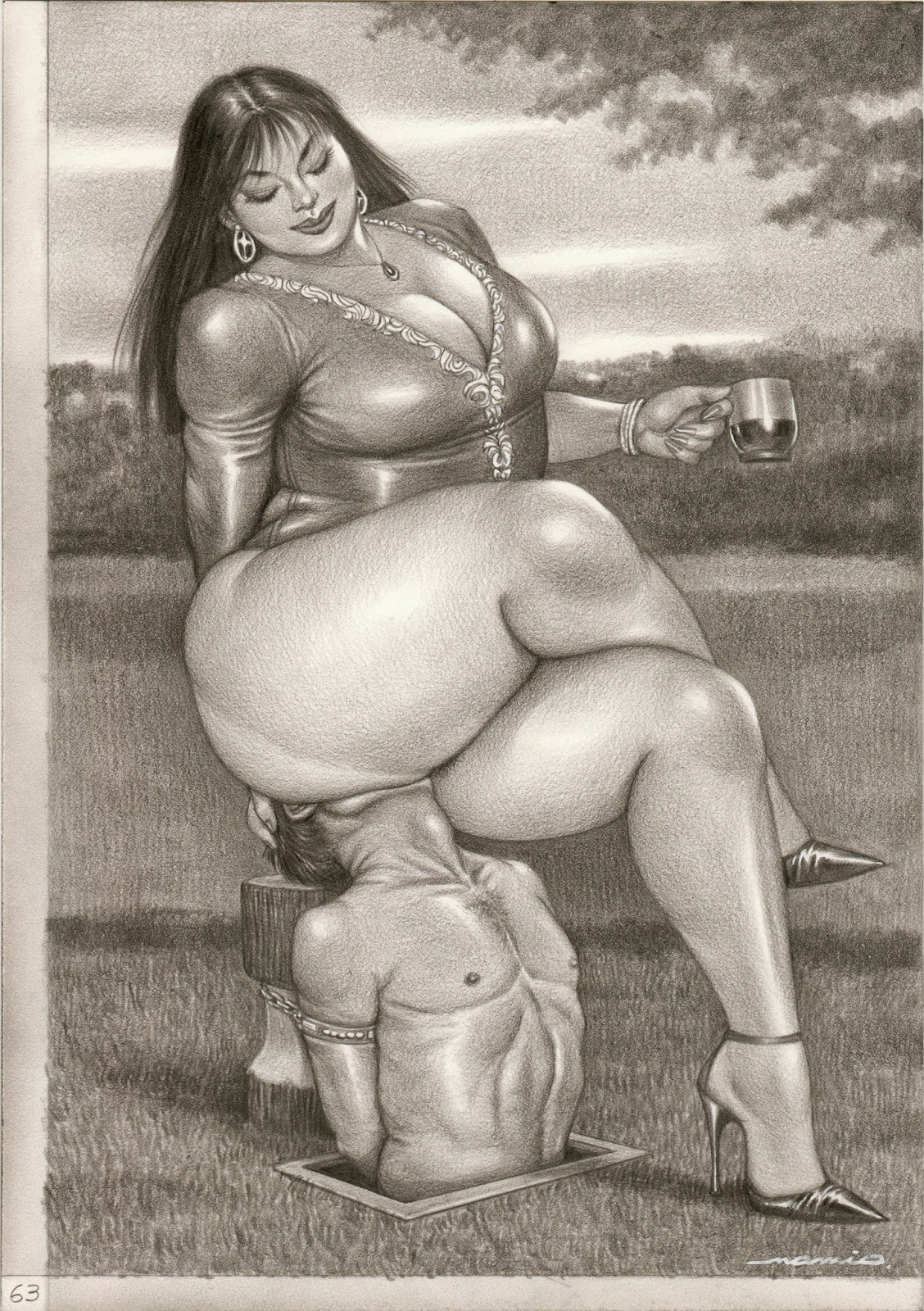 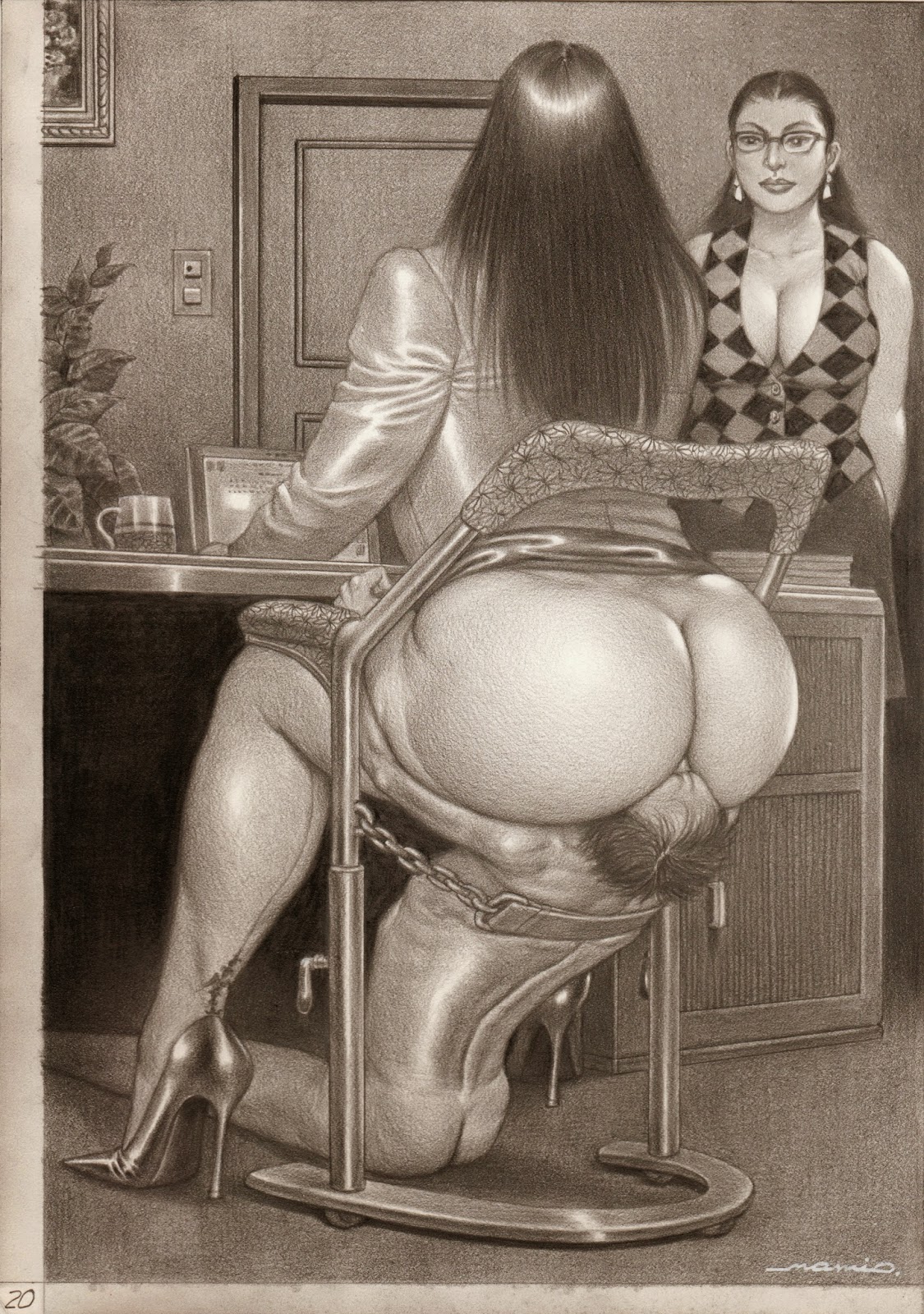 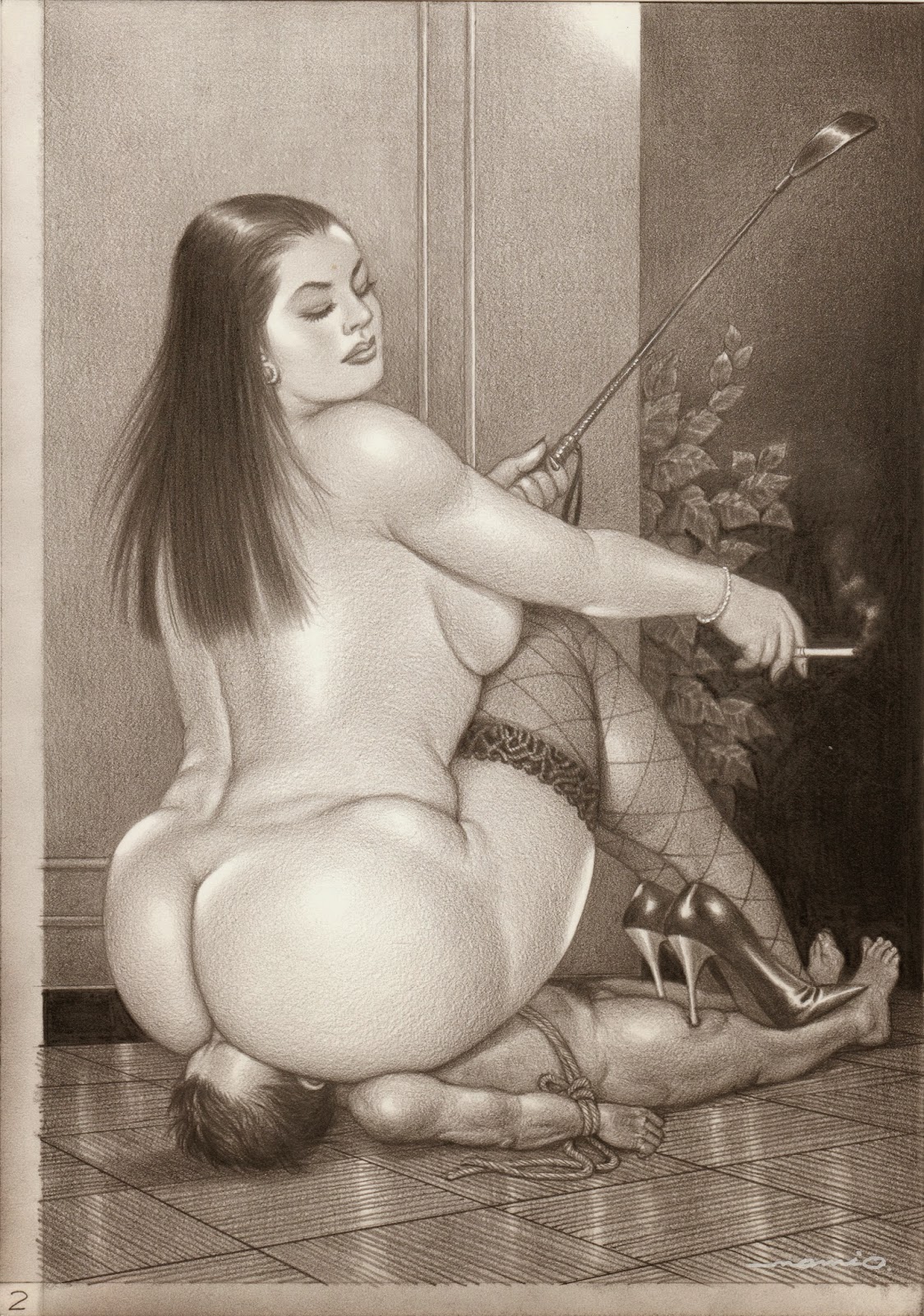 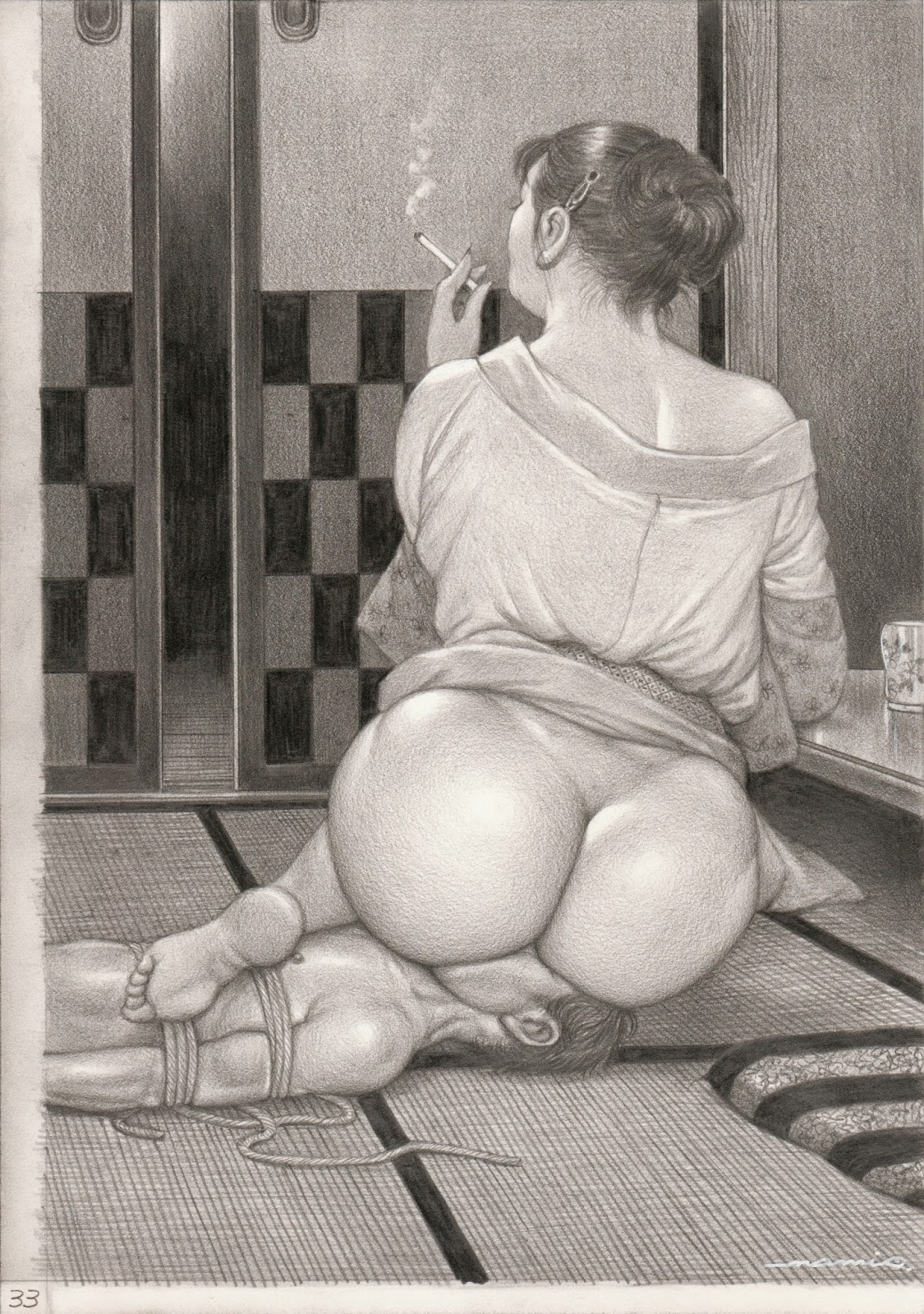 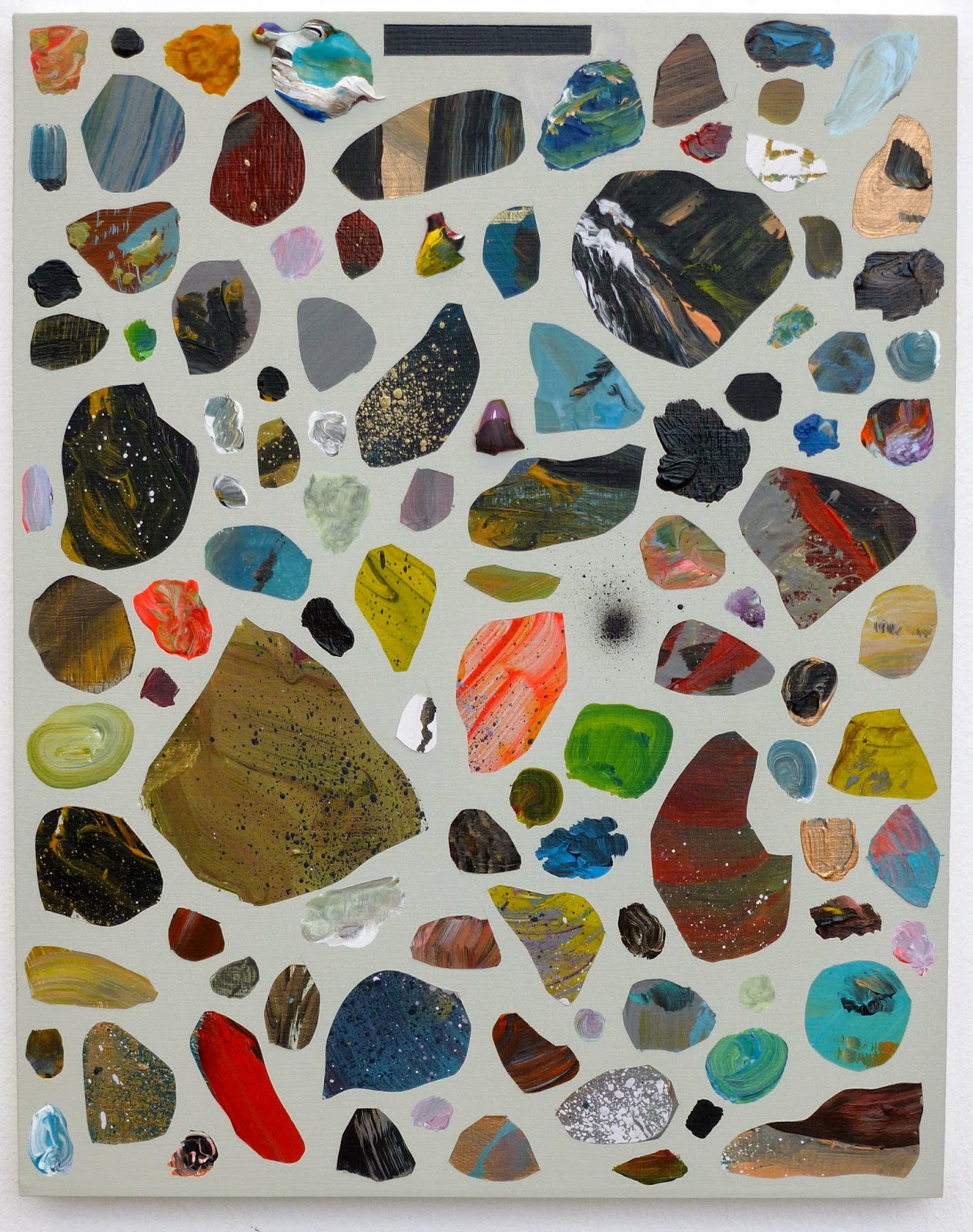 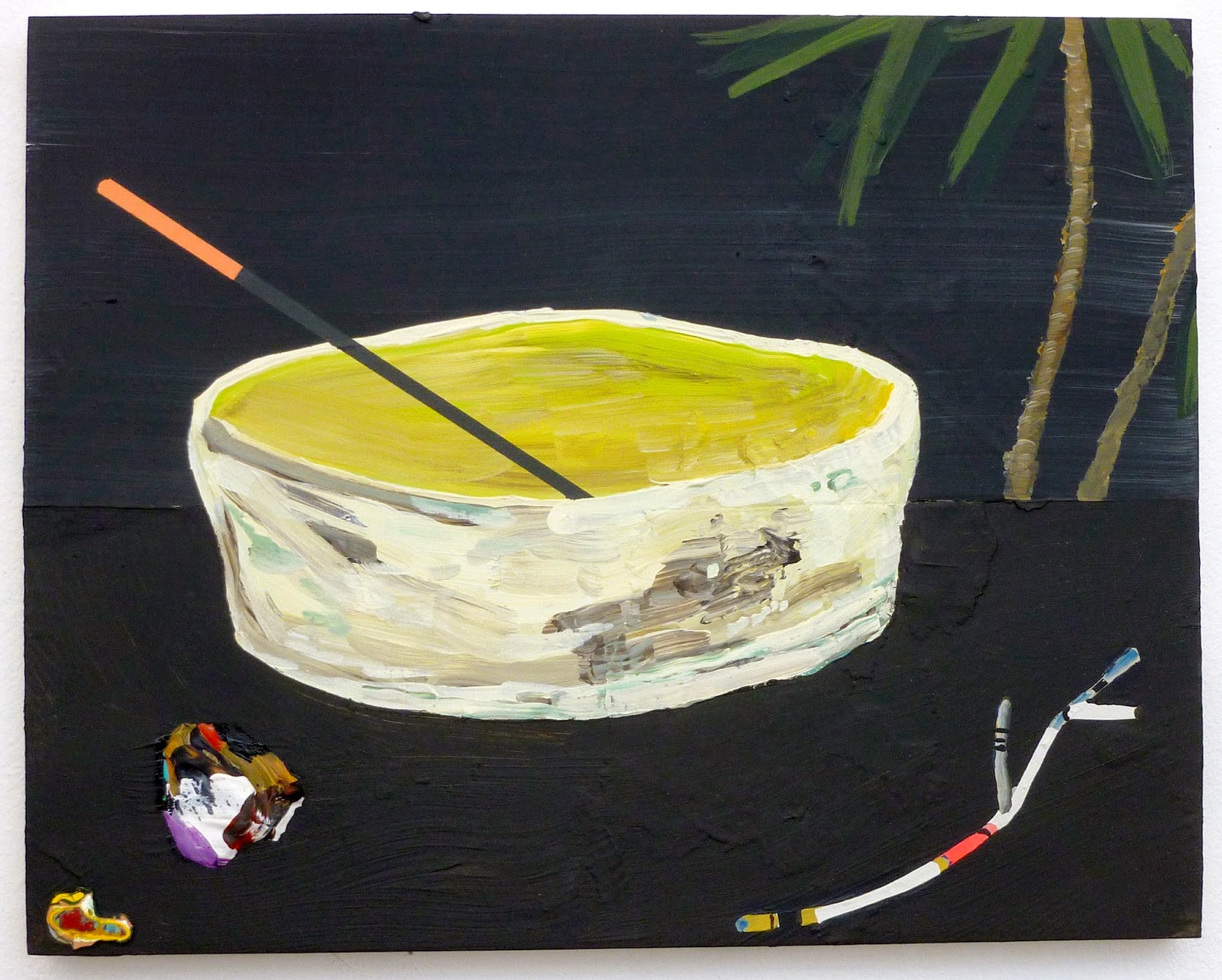 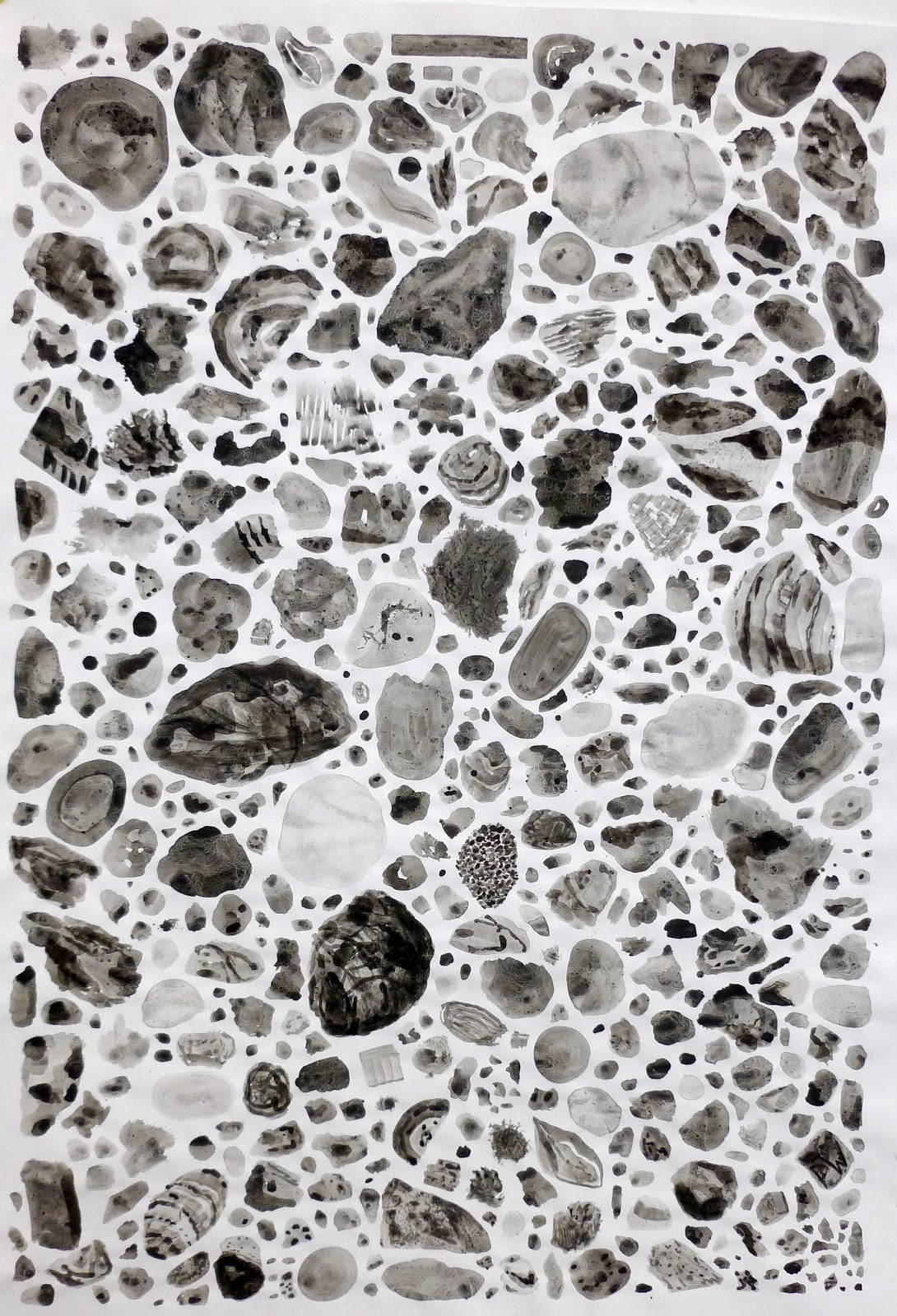 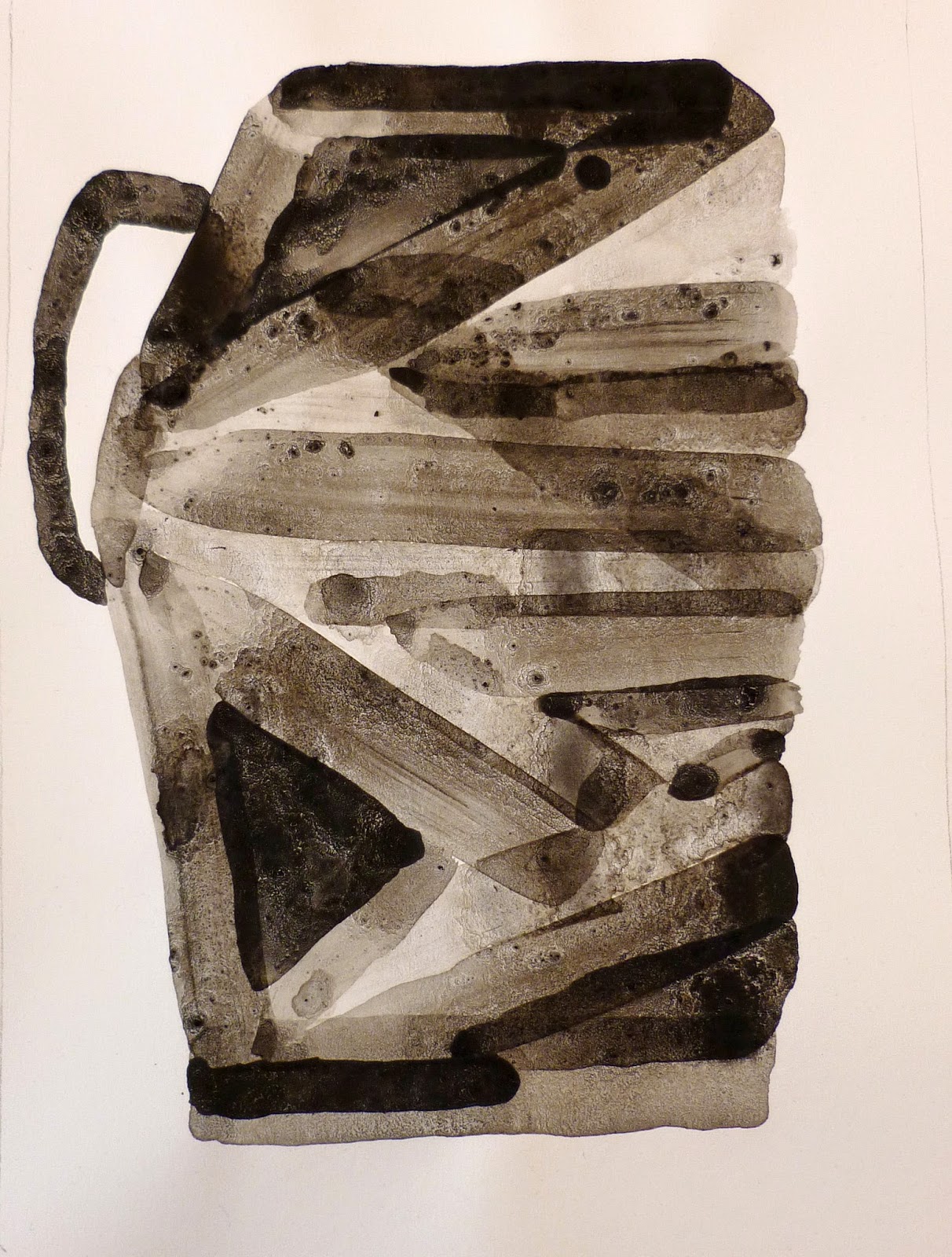 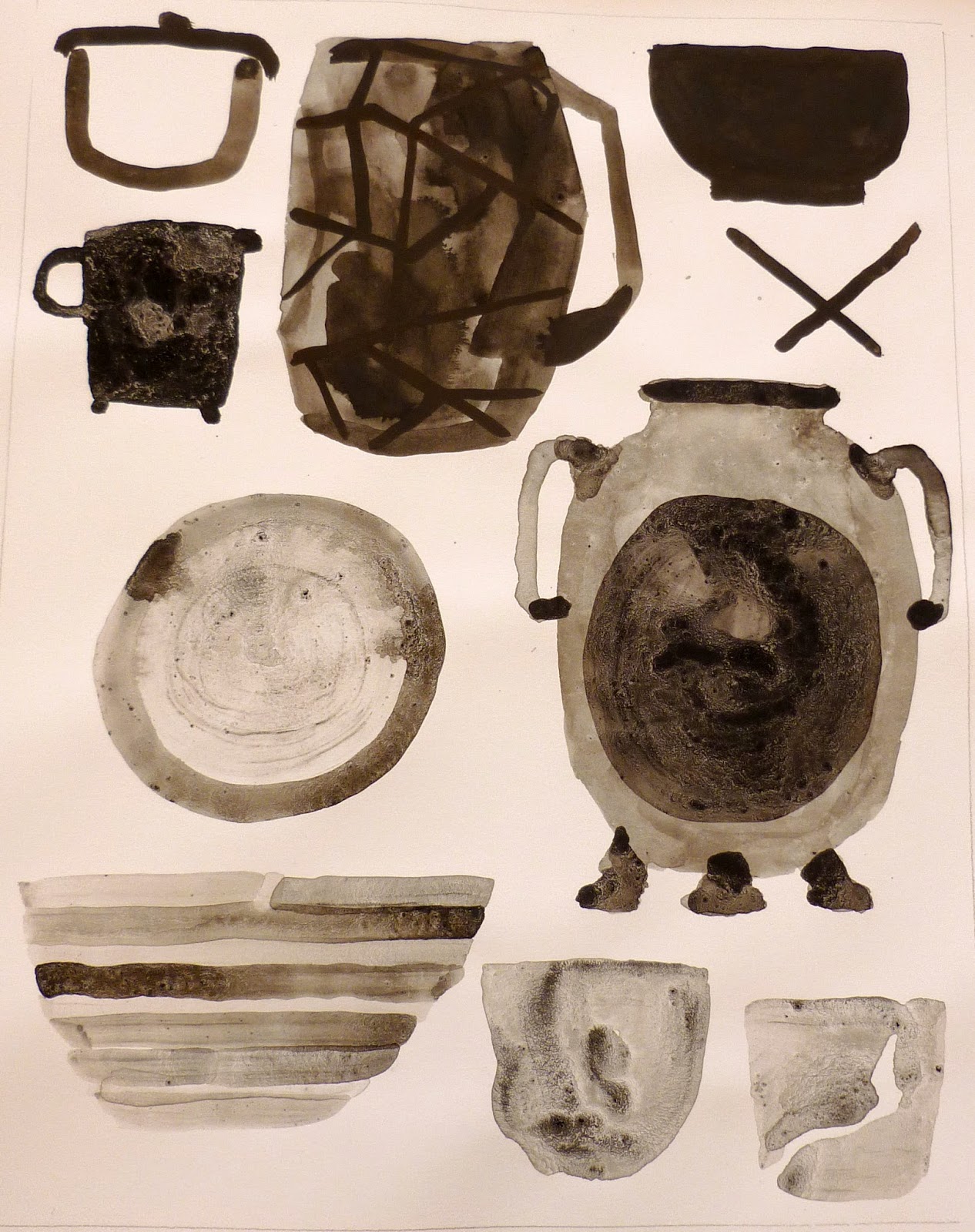 Possibility of influence, Ink on Paper, 2014

"The work I make is based on things and places I see, feel and keep close to me. I make them to try to understand what they are, what they mean, and how I should understand them. Many of the subjects are things that seem very familiar but through the process become confused or unreal because of the associations created within the picture. I try to remain open to whatever path they take me down. "